COVID-19 Response:  The library is open for browsing and to check out materials. Masks and physical distancing are required. Gathering in groups continues to be prohibited. Find complete information about current library services here.

Neighbors Past and Present: Supplemental Materials

Neighbors Past and Present: Supplemental Materials
There is a wealth of information on the German immigrant experience in Oshkosh and Winnebago County located in collections of the Oshkosh Public Library and Winnefox Library system, as well as online.

If you would like to learn more on the German experience in Oshkosh and surrounding area, check out the following resources:

The following is a presentation given by long time Local History Librarian Mara Monroe, highlighting the history of German speaking peoples in Oshkosh. 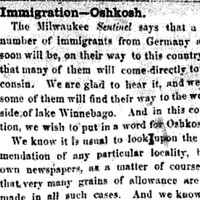 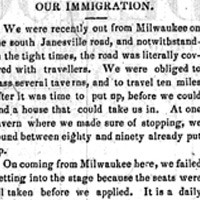 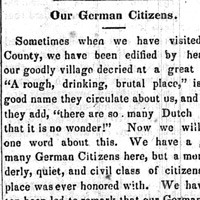 The follwoing articles from the Oshkosh Daily Northwestern from 1964 and 1968, respectively, take a look at the history of the "Highholders" of Oshkosh and their rivalry with the "lowlanders". 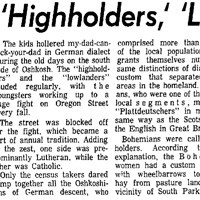 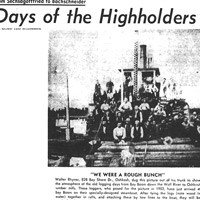 The following 2017 newsletter from the Winnebago Historical & Archeological Scoiety examines the German gymnastic/political organiztion known as the Turners, who had two impressive halls in Oshkosh. 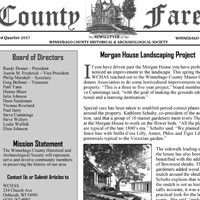 Food and Brewing in Oshkosh

The following 1986 article form the Oshkosh Northwestern looks at two Oshkosh bakers keeping the grophen, a traditional German baked good, alive over a century after the Higholders brought it to Oshkosh. 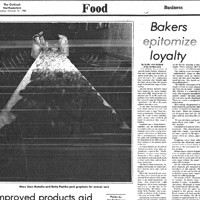 German immigrants had a major impact on the brewing industry in Oshkosh. You can read extensively on Oshkosh's brewing history on The Oshkosh Beer Blog.

The following is a short video highlighting the Rahr Brewing Company of Oshkosh (1865-1956) foiunded by members of the Rahr family who immigrated to Wisconsin  from Germany in 1847.

If you would like to learn more about German-American food, you can read Pickled Herring and Pumkin Pie: a Nineteenth Century Cookbook for German Immigrants to America.

The following articles discuss the life and work of Gustav Behncke who immigrated from Germany to Oshkosh in the 1870s. 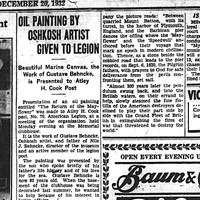 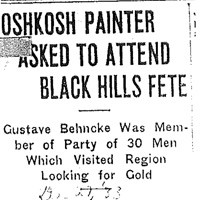 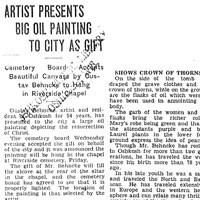 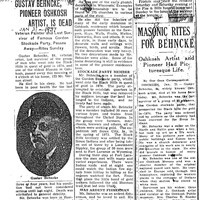 Carl Laemmle immigrated from Germany in 1884. From roughly 1898 to 1905, Laemmle resided in Oshkosh. He would go into the Nickelodean business. In 1912 he founded Universal Studios.

In 1912 Leammle sent a camera crew back to his former home of Oshkosh to document life in the city.

Prominent suffragist Sophie Gudden immigrated from Bavaria to Oshkosh in the mid-1880s becoming an active member of numerous progressive women's clubs. You can read more about Sophie Gudden here.

An impressive monument to German revolutionary and American stateman Carl Schurz stands on the shore of Lake Winnebago in Oshkosh. The follwoing materials detail Schurz's historic significance in Wisconsin state history and as a German immigrant. 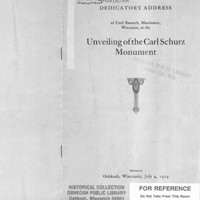 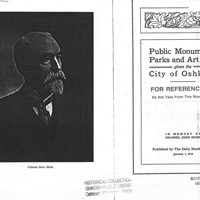 The following articles shed some light on the founding of two of the other local German language newspapers, the Pheonix Aus Nordwestern and Anzeiger Des Nordens. 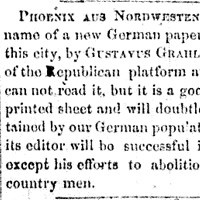 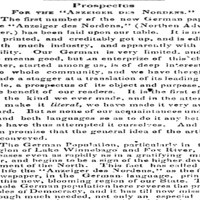 The following pamphlet America is No Magic Land: Oshkosh's German Language Newspaper in 1889 details the history of the longest running German language paper, The Telegraph. Also included is the obituary of Charles Kohlmann, German journalist and publisher of The Telegraph. 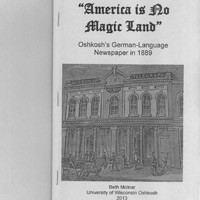 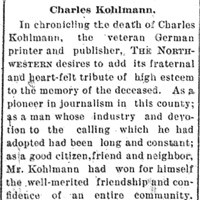 The following Bibiliography collects the many resources on German history in Wisconsin and Oshkosh in the Oshkosh Public Library collections.

Neighbors Past and Present: The German Experience in Wisconsin: Further Reading