COVID-19 Response:  The library is open for browsing and to check out materials. Masks and physical distancing are required. Gathering in groups continues to be prohibited. Find complete information about current library services here.

Oshkosh StoryWalk®
Location:  The Shops at Oshkosh
March 1 – May 29

Let’s get moving! Step out and read during the Oshkosh Storywalk® presented by Oshkosh Public Library. Designed to promote reading, exercise and the outdoors, a Storywalk® is a book that’s presented page by page along a self-guided walking route.
Featured books:
April        This Moose Belongs to Me  by Oliver Jeffers
May        1, 2, 3, Jump!  by Lisl H. Detlefsen 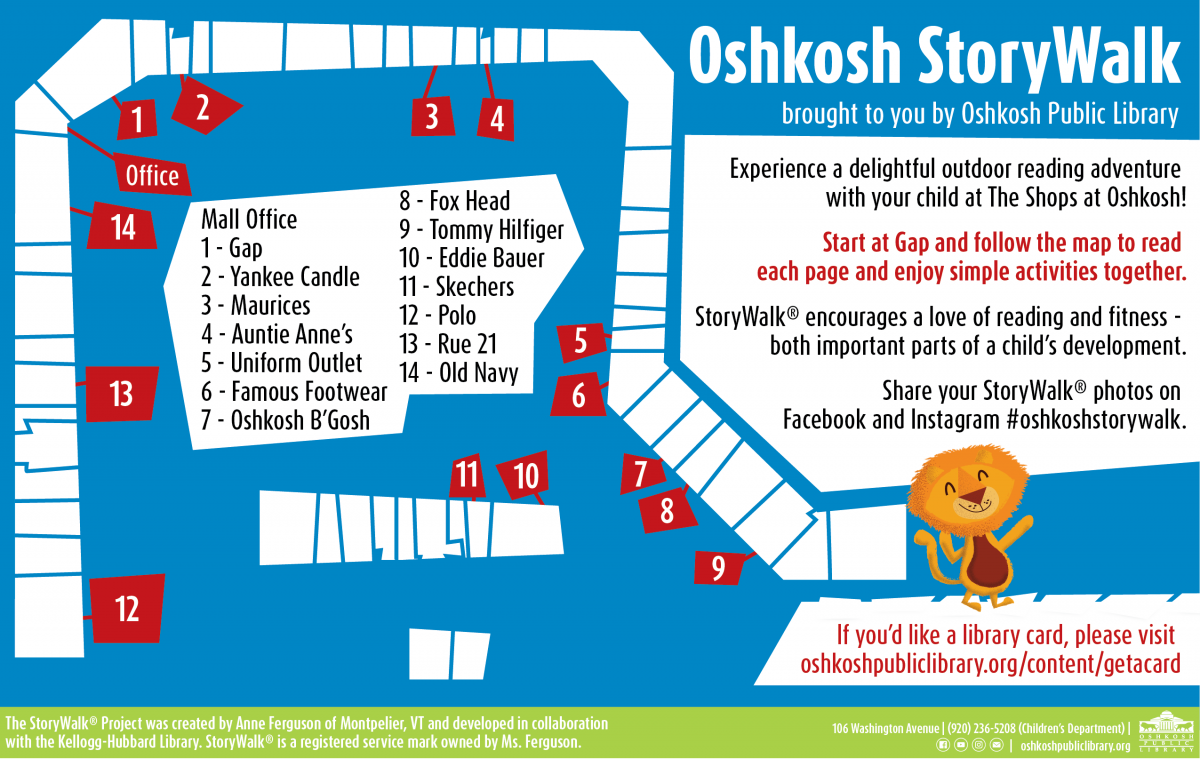 The StoryWalk® Project was created by Anne Ferguson of Montpelier, VT and developed in collaboration with the Kellogg-Hubbard Library. Storywalk® is a registered service mark owned by Ms. Ferguson.