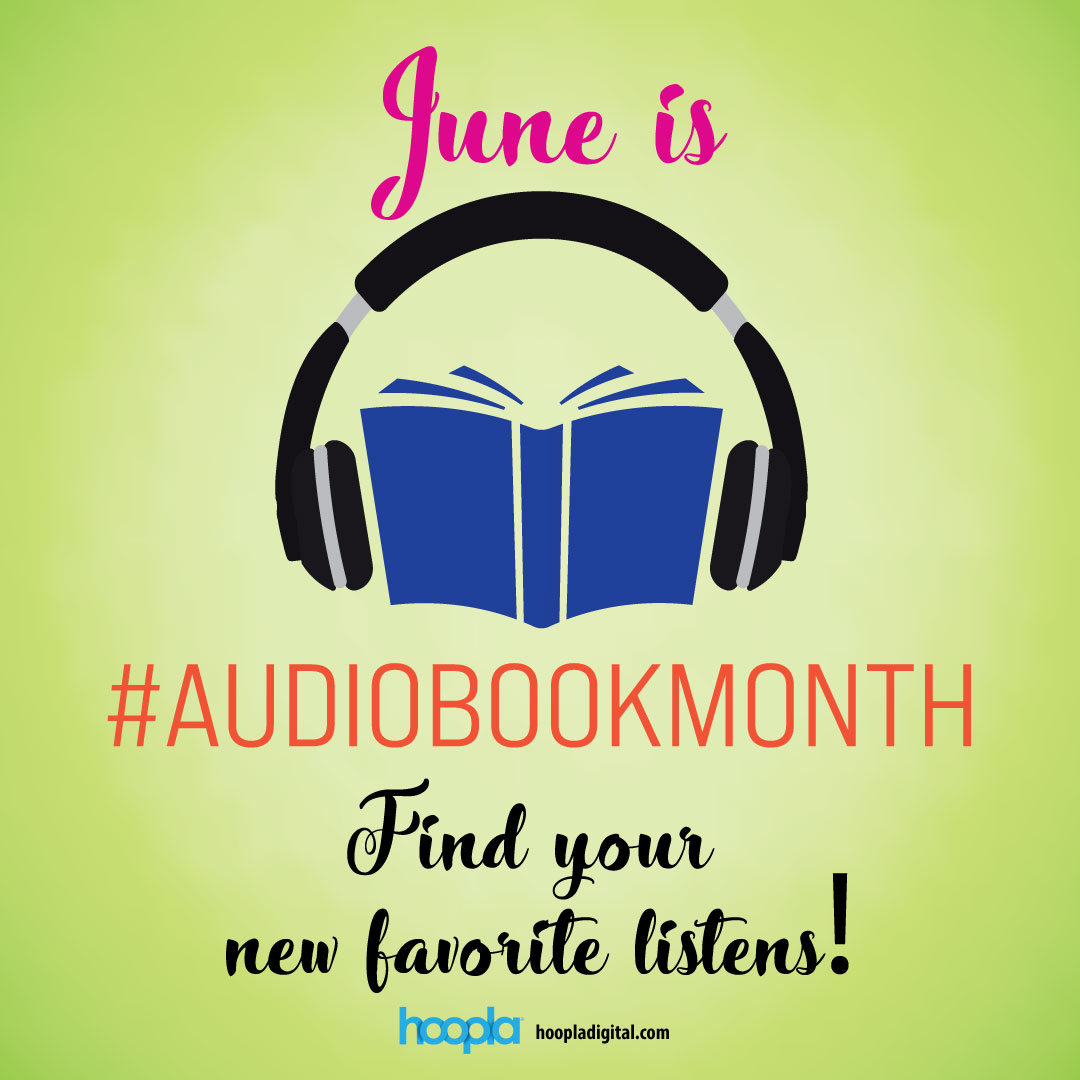 June 2022
Road Trip Worthy Audiobooks
How do you pass the hours while road tripping? When you tire of podcasts or playing the license plate game, why not try an audiobook? As road trip season kicks into high gear, we asked our expert librarians to offer their top picks for the best audiobooks for road trips!

Adults
I adore road trips. Nine times out of ten, I’ll choose driving over flying. I listened to these suggestions on CD, but some are available on Overdrive/Libby! - Nancy Bell, Readers' Advisory Librarian

Lincoln in the Bardo by George Saunders (Listening time: 7 hours and 25 minutes)
In this historical fiction novel, Abraham Lincoln visits the grave of his recently buried 11-year old son, Willie. This visit of despair bridges “the bardo,” the in-between of physical lives, and allows Willie to be visited temporarily by his father. While Abraham Lincoln and Willie are the main characters, the supporting characters—the others trapped in “the bardo”—are unforgettable. The historical figures mix with fictional ones to tell the complex and moving tale of a grieving president at the height of the Civil War. This is a sprawling story with lots of characters, which is normally a nightmare for an audiobook because you can’t tell who is talking and keeping track of all of the characters is exhausting. But that’s exactly why this book shines as an audiobook: it’s narrated by a full cast of 163 voices (a full character narrator list can be seen here).

Paddle Your Own Canoe by Nick Offerman (Listening time: 10 hours and 50 minutes)
Another example of a book is meant to be an audiobook! I alternated between reading and listening to this book, and can tell you that the audiobook is the way to experience it. Nick Offerman is often mistaken for the role he’s best known for: Ron Swanson from Parks and Recreation. In his debut novel, Offerman does show off many similarities—his love of woodcarving, saxophone playing, and meat, for example—he does also delve into how he is not the hypermasculine male that Swanson represents. Narrated by Nick Offerman himself in his iconic deadpan delivery, he is able to tackle more serious subjects like religion, love, and friendship, in this book that’s part memoir and part advice in a comedic way. (Trigger warnings: profanity, recreational drug use, and sexual content.)

Slade House by David Mitchell (Listening time: 6 hours and 54 minutes)
This audiobook was instrumental in keeping me awake during a night drive to New York. It’s a mix of creepy fantasy and suspenseful horror as we follow the narratives of five different people who find a mysterious door in an alleyway and find themselves transported to Slade House. At first, we don’t realize what exactly is going on as the book weaves us between different events happening at nine-year intervals. The story builds into a reveal of the true nature of Slade House and its equally mystifying owners, Jonah and Norah Grayer. For fans of a slow burn ghost slash eldritch horror stories and suspense, as we are taken on a twisted, intricately plotted tale of alternating perspectives of the characters who go through the doorway.

Firekeeper’s Daughter by Angeline Boulley
One of the most popular Young Adult books of 2021, Firekeeper’s Daughter introduces readers to Daunis Fontaine, an eighteen-year-old girl who witnesses a shocking murder and reluctantly becomes involved in an undercover investigation. Daunis is part Ojibwe and this book is immersed in her culture and language. The audiobook version is narrated by a native speaker Isabella Star LaBlanc and hearing all the Ojibwe passages spoken flawlessly is an added experience to this #ownvoices mystery thriller.

Sadie by Courtney Summers
Not only is this book one of my all-time favorites, the audiobook version is one of the best I’ve heard.This gritty mystery follows 19-year-old Sadie as she tries to find her younger sister’s killer with only a few clues. Narrator Rebecca Soler does an incredible job of bringing Sadie to life, and the ensemble of supporting narrators make for excellent storytelling. This audiobook will make you forget you’re reading.

On the Come Up by Angie Thomas
Angie Thomas’s second novel is about sixteen-year-old Bri who dreams of becoming one of the next great rappers, and she has serious talent. Bahni Turpin gives Bri such a realistic voice, and listening to her rap Bri’s rhymes was much more interesting than just reading over the words.

Children
Picture Books
I chose a few books from our Children’s CD with Book collection that I thought might be fun or relaxing for families to listen to in the car as children hold
the books and turn the pages. I picked a couple classics that I love, and then of course a songbook—hopefully these keep your kiddos occupied while on
a road trip! - Lindsay, Children’s Librarian

The Funny Little Woman by Arlene Mosel
Reminiscent of a folktale, this Caldecott winning picture book is set in Old Japan and features the misadventures of a little woman who likes to laugh—which gets her into trouble. She is swallowed into a hole in the ground while chasing after a runaway dumpling, where she runs into both the benevolent gods and the wicked Oni.

The Runaway Bunny by Margaret Wise Brown
This classic tale features a baby bunny thinking of all the ways they can run away from their mama bunny, who goes on to list all the ways she will find her baby. This picture book sets a soothing tone and could be suitable as a pre-naptime read in the car.

The Peter Yarrow Songbook: Songs for Little Folks by Peter Yarrow
Featuring a dozen classic songs like Old MacDonald and Pop! Goes the Weasel, this songbook features colorful illustrations to accompany each song. The second half even features chords with the lyrics for each song should an aspiring musician want to try playing as they sing.

Finding Junie Kim by Ellen Oh
This is a fantastic middle grade story based on life experiences of the author’s mother. The main character faces racism and bullying as she acknowledges her depression and grief all while learning of her grandparents' struggle during the Korean War.

Lalani of the Distant Sea by Erin Entrada Kelly
This is beautifully written fantasy adventure based loosely on Filipino folklore. The story is about an extraordinary girl discovering her inner strength and courage in overcoming odds. The author will captivate the reader with clear flowing text and imagery.

The Remarkable Journey of Coyote Sunrise by Dan Gemeinhart
Wow, what a great read! I didn’t want to put this book down! The story is about the adventures of a father, Rodeo, and daughter, Coyote, who live in a bus while traveling across America for five years. They just can’t settle down since the death of Coyote’s mother and two sisters. Probably best read with tissues handy.