Subscribe to the library's newsletter for the latest library news and book recommendations from our staff. Upcoming: The library will be closed on Fri., Feb. 24 for an All Staff Training Day. Regular hours will resume at 9 a.m. on Sat., Feb. 25. 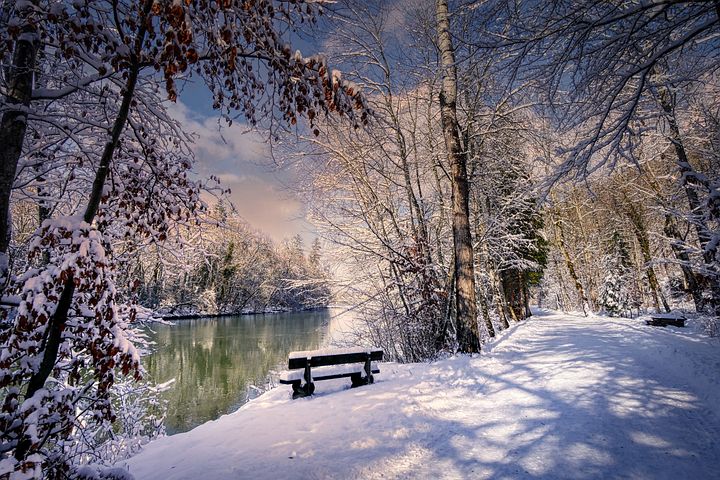 Check out what our librarians are reading and recommending this month.

The Phone Booth at the Edge of the World by Laura Imai Messina
Read on Wisconsin’s Digital Library/Libby
Listen on Wisconsin’s Digital Library/Libby
Read on Hoopla
Inspired by the real life “wind phone”—an unconnected telephone booth where visitors can hold one-way conversations with diseased loved ones—in Japan, which was originally created by the designer to help him cope with his cousin’s death in 2010. In 2011, the wind phone opened to the public when the Tohoku earthquake and tsunamic killed over 15,000 people. Yui loses both her mother and daughter in this tragedy. She goes to the phone booth meeting others who have made the pilgrimage. Heartbreaking and heartwarming at the same time, this literary novel delves into the characters’ emotional journeys of loss, desolation, grief, hope and resilience. (The Phone Booth in Mr. Hirota’s Garden by Heather Smith is a children’s book inspired by the same phone booth for younger readers or parents introducing these difficult topics.)

The House on Vesper Sands by Paraic O’Donnell
Read on Wisconsin’s Digital Library/Libby
Listen on Wisconsin’s Digital Library/Libby
Listen on Hoopla
This book was reviewed as “perfect for fans of The Night Circus and Jane Steele,” which are two of my absolute favorite books! A Victorian-inspired supernatural mystery set in 1893 London unfolds three stories before they finally converge: a mysterious suicide, a young man searching for his uncle, and a young journalist investigating the disappearance of several girls. Gothic imagery and eerie scenes meet witty banter between the unlikely duo of Cambridge dropout and New Scotland Yard inspector.

The Great Passion by James Runcie
When Johann Sebastian Bach dies in 1750, organ-maker Stefan Silbermann reflects on his childhood in 1723 when he was sent to Leipzig to try out for Bach’s boys’ choir. Stefan, who has a beautiful voice, is taken under Bach’s wing, and invited to live with his family. A richly detailed story about 18th century life, and a deeper, more intimate look into the fictionalized Bach as a demanding, but kind and deeply religious man.

The Blackbird Girls by Anne Blankman
Read on Wisconsin's Digital Library/Libby
Listen on Wisconsin's Digital Library/Libby
Readers won’t be able to put down this interesting historical fiction about the Chernobyl disaster. The story is packed with historical details and is finished off with a positive and uplifting message. Told in alternating perspectives among three girls--Valentina and Oksana in 1986 and Rifka in 1941--this story shows that hatred, intolerance, and oppression are no match for the power of true friendship.

The Final Gambit by Jennifer Lynn Barnes
Read on Wisconsin's Digital Library/Libby
Listen on Wisconsin's Digital Library/Libby
The final book of The Inheritance Games trilogy is here and readers will finally find out if Avery inherits the fortune and solves Tobias Hawthorne’s final puzzle. Fans of mysteries full of riddles and puzzles will enjoy this series, which has been a big hit for readers ages 13 to adult.

Book one: The Inheritance Games

Gallant by V.E. Schwab
Read on Wisconsin's Digital Library/Libby
Listen on Wisconsin's Digital Library/Libby
If a mashup between The Secret Garden and a ghoulish Stranger Things sounds appealing to you, you’ll want to read Gallant. This atmospheric story is about Olivia Prior, an orphan who has grown up at the grim Merilance School for Girls. She has no connection to her past except for her one treasure – her mother's journal – so when a letter arrives inviting her to come home to the ruinous manor, Gallant, she seizes the chance to find out about her family.

The Last Mapmaker by Christina Soontornvat
Listen on Hoopla
Read on Libby/Wisconsin's Digital Library
I love fantasy stories, especially if they’re inspired by established folklore. The Last Mapmaker is an amazing Thai-inspired fantasy on the high seas! In this novel, Christina Soontornvat explores a young woman’s struggle to blaze her own trail in a world trying to hold her back. As assistant to Mangkon’s most celebrated mapmaker, twelve-year-old Sai plays the part of a well-bred young lady with a glittering future. In reality her father is a conman—and in a kingdom where the status of one’s ancestors dictates their social position; the truth could ruin her. Sai seizes the chance to join an expedition to chart the southern seas, but she isn’t the only one aboard with secrets. When Sai learns that the ship might be heading for the fabled Sunderlands—a land of dragons, dangers, and riches beyond imagining—she must weigh the cost of her dreams.

My Aunt Is a Monster (Graphic Novel) by Reimena Yee
Read on Libby/Wisconsin's Digital Library
Safia thought that being blind meant she would only get to go on adventures through her audiobooks. This all changes when she goes to live with a distant and mysterious aunt, Lady Whimsy, who takes Safia on the journey of a lifetime! While the reclusive Lady Whimsy stops an old rival from uncovering the truth behind her disappearance, Safia experiences parts of the world she had only dreamed about. But when an unlikely group of chaotic agents comes after Whimsy, Safia is forced to confront the adventure head-on. For the first time in her life, Safia is the hero of her own story, and she must do what she can to save the day.

Not only is this an amazing story of adventure, mysteries and chaos, but it elevates the voice of a blind girl who wants to be the world’s greatest adventurer!

The Secret Letters by Margaret Peterson Haddix
This is another instant classic from the well-known Margaret Peterson Haddix. Here we mix mystery and dusty old letters to bring together long-lost friends. When Colin finds a shoebox full of letters hidden in a stranger’s attic, he knows he’s supposed to throw them away. That’s his summer job, getting rid of junk. But Colin wants to rescue the letters--and find out what really happened to best friends Rosemary and Toby way back in the 1970s.

Meanwhile, across town, Nevaeh also finds a mysterious letter. But this one reads like a confession to a crime. And Nevaeh knows her father, the “Junk King,” expects her to join the rest of the family in blaming a single suspect: his business rival, Colin’s mom. But that’s not what Nevaeh wants, either.

Even as one set of letters bring Colin and Nevaeh together, the one Nevaeh found threatens to tear them apart. Is their new friendship as doomed as Rosemary and Toby’s?

Knight Owl by Christopher Denise
Read on Libby/Wisconsin's Digital Library
Castles, knights, and an adorable Owl are enough to entice one to read this fabulously illustrated book! Find out how clever Owl demonstrates bravery. The storyline is a good discussion prompter.  What would you do in Owl’s situation?   Have you stayed true in following your dreams? The message can go a long way in real life as well. This multi-talented author is also the illustrator.

Nour’s Secret Library by Wafa Tarnowska
Books can help us in the darkest of times.  Stories can transport us to a different life.  Nour’s Secret Library did this during the Syrian war in 2013.  Children gathered books that were found outside of bombed houses, apartments, and other buildings, to add to the collection in an actual secret library.  This picture book may give a perspective of war through a child’s lens. Story is based on the author’s personal experience.

Prairie Boy by Barb Rosenstock
Are you aware that Wisconsin was home to the famous architect, Frank Lloyd Wright? Yes, he was born near Madison! His innovative design concepts flowed with landscapes and brought sunshine in. Frank also designed furniture and even clothes. He created a lifestyle within the home. Discover his inspiration and why his homes are called “Prairie Houses.”